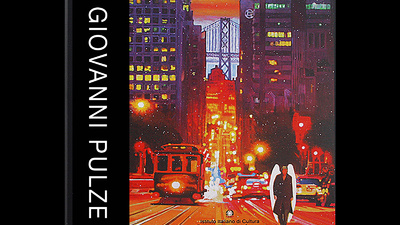 Giovanni Pulze is a multifaceted artist who has always had a very zealous yet humble approach to painting and drawing. In the course of his career he has experimented different expressive means of artistic creation. For some time he was a successful fashion eyewear designer and became well-known both on a national and international level. As a ceramicist he created colorful and imaginative artworks. Nevertheless, painting was a passion he felt he had to pursue, as if this were a predestined and unavoidable path. Since the end of the 1990s, when he left the design world, the dominant theme of Pulze's works has been the Metropolitan Angel. After holding several exhibitions across Europe – in Scotland, France and Austria – as well as in many Italian cities, finally the time has come for the artist to cross the pond, thus giving a wider audience the chance to appreciate his artistic expression, sensitivity, originality and rich color-palette. Thanks to the Institute of Italian Culture which will host his exhibition in San Francisco this contemporary artist will enter the "new world", home to many great 20th-century painters who are role-models to this day, and embrace cultural currents that have influenced and changed traditional artistic taste and the ways in which we perceive art. As it has already been pointed out on many occasions, Pulze may well have initiated a new artistic movement which we could call “FuturMeta, since it draws inspiration from two great artistic movements of the 1900s: Futurism and Metaphysics. The main theme of Pulze's paintings is the dynamism that permeates modern society, as well as the ever-present and overwhelming role of technology in the twenty-first century. These elements are typical of so-called historic Futurism, which celebrates speed and excesses. Concurrently, time and space seem to have been suspended and symbolic elements have been added to the paintings, giving a clear metaphysical meaning to the artist's creations. Let us now look more closely at the artist's work. Although to a superficial viewer it may seem that Pulze has adopted a strictly figurative style characterized by paintings which contain very few elements and are traditional in style, a more attentive and analytical audience will soon notice that his paintings are composed of several different elements. Each of them invites the viewers to think and allows them to enter a symbolic world which is anything but ordinary and predictable.
ANTONIO CATTARUTTA

Giovanni Pulze’s glowing technicolor cityscapes are full of noise and bustle, of blazing neon, of headlights reflecting on rainy streets. Above all, they are cityscapes full of people : anonymous, faceless people, shielding themselves with umbrellas.

Shielding themselves, yes. But from what?

Beautiful as they are, Pulze’s dazzling surface details serve only to partially conceal a sense of profound melancholy. They remind us of the loneliness, the isolation of the crowd. Pulze’s figures walk alone, unaware and uncaring of those who pass close by. Even those who huddle, arm-in-arm, under the same umbrella in what should be a moment of intimacy, are oblivious to the faceless hordes that surround them. Tellingly, they do not even make eye contact with each other. They are together, but not together.

The umbrella, of course, serves to shield us from the elements whilst, at the same time, holding us in a bubble, a protective circle, that cuts us off from others. Similarly, in a terrible irony, technology and social media serve to connect us to the wider world whilst cutting us off from our immediate one. Like the masses that crowd Pulze’s canvases of Venice’s Piazza San Marco, we look but see nothing. We experience, but feel nothing. As we move through the world, connected to our twenty-four hour newsfeeds, our earphones supply us with our own personal soundtrack as we become the sole protagonists of our own personal dramas. In the midst of the crowd, we are losing our ability to respond to each other. We are unlearning what it means to be together.

Yet let’s look a little closer. Because in the midst of the isolation, in the midst of the emptiness, Pulze has sent us angels. They are almost invisible at first glance, distinguishable only by their fragile, pale wings and their uncovered faces. They move through the crowd, part of it yet distinct from it at the same time. If their faces, like those of the others, are impossible to read, they still convey a sense of awareness, of understanding. They are ‘Holy’ in the most literal sense of the word : that of being set apart from us. Unlike the angels of Holy Scripture, they have no message to speak : their mere presence is enough. They simply invite us to engage with them. To step out of our bubble. To rediscover what has been lost and, in doing so, find ourselves again. We could call it salvation, if you like.

Away from the madding crowds, in a deserted Parisian street, a little dog looks up to see an angel walking alone. In a crowded square, a child looks and points. Their faces, of course, are expressionless, yet we know that a contact has been made. The child’s mother, cellphone in hand, remains oblivious but the child, like the dog, has noticed something. Something different. Something that doesn’t quite fit. To them, there is still a magic in the world. They, unlike ourselves, have yet to unlearn that sense of togetherness.

Put away the smartphone. Take off the headphones. Put the umbrella down. Step outside the bubble. Look, and see the angels.
PHILIP GWYNNE JONES 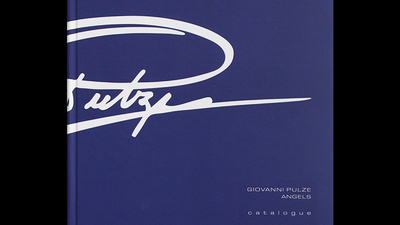 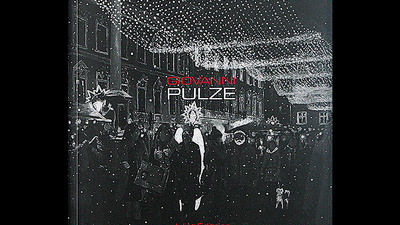 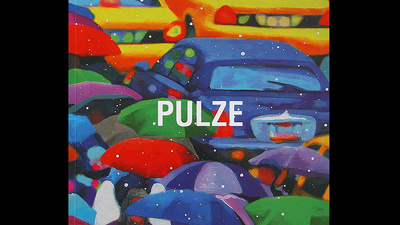 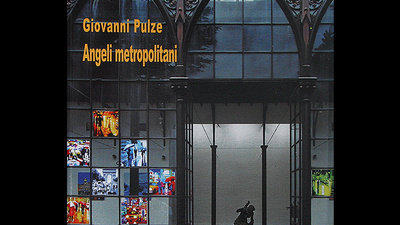